Home / Blog / Why should you become a Vue.js Developer?
Share: 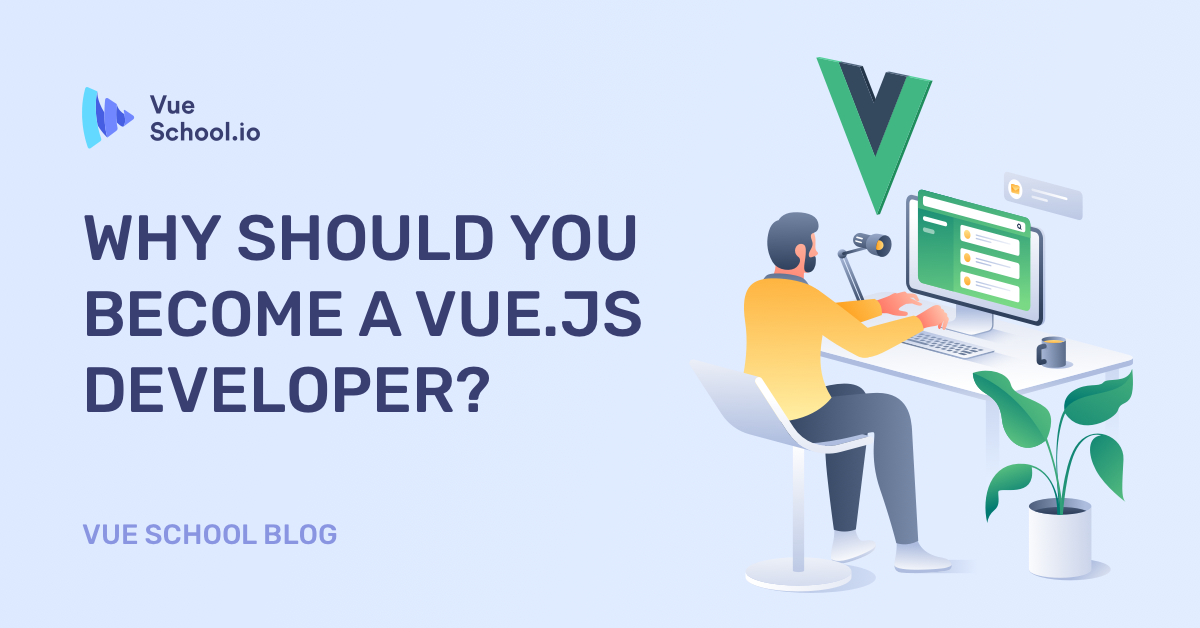 Why should you become a Vue.js Developer?

One of the most exciting things to happen to web application development in years, more and more developers are jumping on the Vue.js bandwagon every day. And, if you’ll forgive the mixed metaphors, this is one boat you don’t want to miss! With hundreds of businesses around the world using it, including big brands like Google, Adobe and Alibaba, there’s a growing demand for Vue.js expertise. So, the opportunity is there, but what are some of the other reasons you should become a Vue.js developer?

If you didn’t know it already, Vue.js is the fastest growing front-end framework today. Highly approachable, versatile, and performant, it uses JavaScript for front-end application development and is as easy to learn as it is to use. In fact, it was recently ranked as one of the most loved frameworks in the 2022 Stack Overflow Annual Developer Survey. With it’s small learning curve, clean code architecture, and active community, it’s easy to understand why it was also ranked as the top front-end frameworks in the State of JavaScript 2021 Survey (which actually only took place at the start of 2022!).

What does a Vue JS developer do?

So, that’s a bit about Vue.js, but at this point, you might be wondering what exactly a Vue.js developer does and why you should become one.

At its core, Vue.js is a highly versatile framework for building web user interfaces. This means that a Vue developer works primarily in the front-end, using Vue.js to design the user interfaces for websites, online stores, and other web applications.

This means that as a Vue developer, you would be focused on creating the visual and interactive aspects of the application, and you would be responsible for integrating the Vue.js framework with the application’s back-end. As such, employers often expect their developers to know HTML and CSS, as well as JavaScript. On a positive note, if you’re familiar with other JavaScript frameworks, you should be able to adapt to using Vue.js quite quickly.

Responsibilities of a Vue JS developer

Described as a progressive framework, it is easy to convert entire projects to Vue or to integrate Vue into existing projects. As such, some Vue.js developers are likely to be more experienced using Vue.js to architect new projects from scratch, while other will be more comfortable using it to simply add new features to existing projects. That being said, let’s take a closer look at what employers look for in a Vue.js developer…

Some of the responsibilities you would be expected to assume as a Vue.js developer include:

Learning a new framework can be intimidating, but if you have some of these key skills under your belt you’ll be well on your way to succeeding as a Vue developer:

How do I become a Vue JS developer?

With a low barrier to entry, it’s actually quite easy to get started with Vue. To make your life even easier, we have created a series of learning paths to help you to master Vue.js with Vue School.

Tailored to your level of experience with Vue, they’ll take you from start to finish, with all the courses you need from Fundamentals to the Mastery, as well as the ecosystem.

The Beginner and Intermediate paths, for example, include the Vue.js 3 Masterclass, where you’ll learn how to build a real world application from scratch (add it to your portfolio at the end!), while the Advanced path introduces you to community libraries, programming patterns, and gives you an unparalleled experience diving deeper into Vue.js.

Take a look at what you can learn:

Once completed, you'll have a solid foundation for your Vue journey. From there, the sky’s the limit with more than 43 Vue courses, 819 video lessons and 68 hours of tutorials and workshops on offer. And, don’t forget, new content is added every week to keep you up to date with all the latest developments in Vue!

How much does a Vue JS developer make?

There’s a clear demand for Vue.js developers to help businesses use the framework in their tech stack. In fact, it’s probably one of the most sought after skills in front-end and full stack developers. Salary levels, however, are very much dependent on your level of experience, as well as your broader tech stack, and internationally, there are significant differences in salary ranges based on geography.

In the United States for instance, the average annual pay for a Vue.js Developer was $121,919 per year in September 2022, according to ZipRecruiter. Of course, there is a wide range on either side of that, and annual salaries can go as low as $85,000, or as high as $156,500. Talent.com indicates that the higher and lower ranges are influenced by experience, with their research showing that entry-level positions start in the region of $102,500 per year, and more experienced workers make up to $140,000 per year.

When it comes to freelance rates, Upwork indicates that Vue developers charge between $19-$35 per hour but can go as high as $150-$250 per hour for more complex projects and a greater level of expertise.

How many companies use Vue?

One of the most popular open-source front-end JavaScript frameworks, Vue.js is used by large corporates and multinationals the world over for their platforms and websites, including the likes of Netflix, Apple, AirBnB, Amazon, Grammarly, 9GAG, Gitlab, and more. In fact, Vue has even gone beyond our planet, and into the codebase for exploring Mars!”

Vue School has helped set up a number of global companies for success with Vue.js too, and has trained developers from an impressive list of these big brands, including Adobe, NASA, Statista, Dell, Apple, Disney, Taboola, Emory University and Stanford University.

In terms of the numbers, it appears that 14,629 companies around the world use Vue.js in their tech stacks. This is according to enlyft, who use indexing techniques together with data science to monitor the market share of technology products and software frameworks. Their research indicates that companies using Vue.js are most often in the Information Technology and Computer Software industries, such as Red Hat and Oracle Netsuite, and are largely based in the US, followed by the UK, France, Canada and Germany.

Start your career with Vue School

Keeping up to date with new web technologies can be challenging. The pace of change is so rapid, you have to continually upgrade your skills to keep them current and relevant, and succeed in your career.

At Vue School, our goal is to be the number one source of Vue.js knowledge for all skill levels. That’s why we offer the knowledge of our industry experts through awesome video courses. With more than 800+ lessons, 68+ hours of content and 43+ Vue.js courses (plus more added every week), we currently have one of the biggest Vue.js course libraries in the world.

Start learning with our free courses and keep updated with tutorials, events and news around the Vue.js community.

More than 145,000 users have already joined us. You are welcome too! 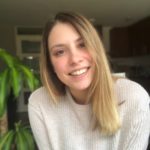