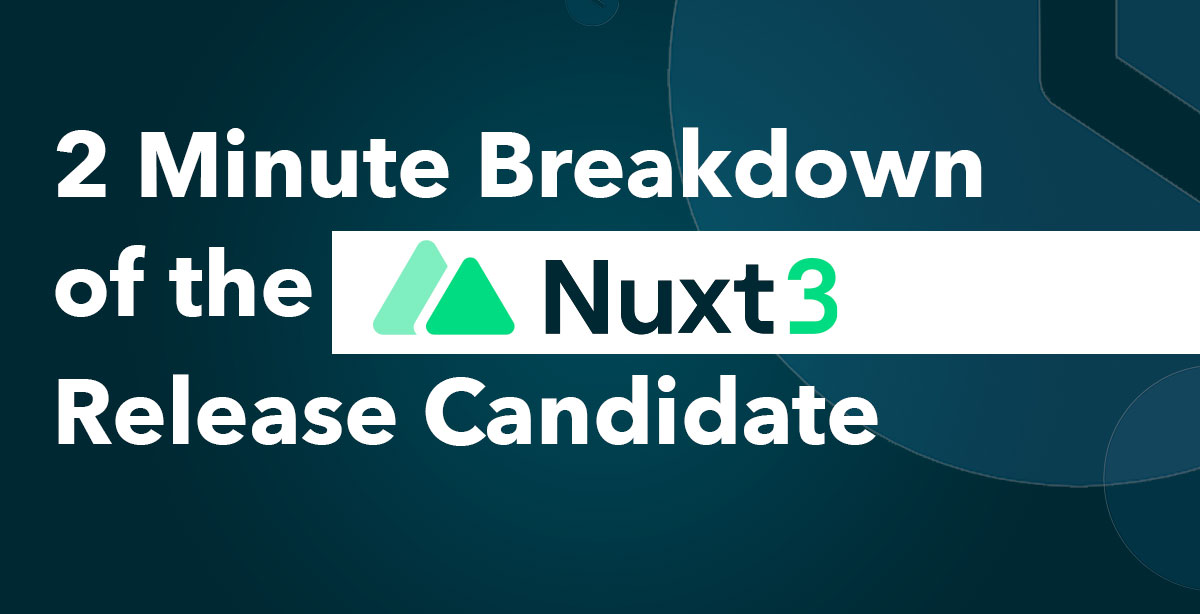 As of April 19, 2022 Nuxt 3 is officially at the release candidate stage. This means the framework’s stable version 3 is on the horizon and that no major breaking changes are expected until the stable release.

According to the official release announcement from the Nuxt team: “Since the beta, we’ve merged 1000+ pull requests , closed 900+ issues , made 2000+ commits and seen 3600+ open source repositories using Nuxt.” That’s a staggering amount of work and I’m excited to start planning on Nuxt 3 for some upcoming projects!

Get Your Hands on Nuxt 3

Are you ready to dive in to Nuxt 3? The best way to learn what’s what is to start a new Nuxt 3 powered project of your own. Create a brand new project in just a few seconds on Stackbliz! If you’d like to get up and running locally you can run:

You can use the version 3 docs to help guide you along the way as you play.

Many of the features of this release candidate are the same as what came in the beta release but all have had more time and contributors moving them to a solid state. Highlights include:

If you’ve been waiting for a stable Nuxt 3, the dream is close to becoming a reality. The expected stable 3.0.0 release for June is coming soon and the hard work and quality contributions to the first release candidate, make it all the more palpable.

If you’d like learn more about building web application with Nuxt.js, then checkout our various Nuxt courses at Vue School. If you’re looking to get hands on experience, building a real world Nuxt.js powered project, checkout the Mastering Nuxt Course, the complete guide to developing and deploying fast, production-ready Nuxt apps.