As soon as you start learning Vue you find out that the atomic unit of its architecture are components. In fact, that’s nothing Vue-specific: any component-based technology, such as React or Angular, work the same way.

As your application grows, you start to look for performance patterns to make it faster. On the way, you’ll find code splitting and lazy loading to be two of them that make your initial bundle smaller by deferring the loading of code chunks until needed.

When building applications you often come across the case where you need to design a list or search interface for the user. They usually manage lots of data, thus you need a way for the user to show it “in chunks” so that we keep the application performance and the data organized.

In the CSS world, we can see plenty of great preprocessors that improve the language, being SASS/SCSS, LESS and PostCSS the most common among them. SASS seems to be still the most popular and used solution by the date of writing, and that’s no surprise since it’s fully featured and extends the CSS language with […]

This testing series are focused on JavaScript as a language and testing techniques, but since we’re VueSchool, we couldn’t end it up without a simple Vue example, right?

One of the features that amazed me about Jest is snapshot testing. It’s not necessarily a Jest-only feature, but more of a technique and concept. Anyways, the first time I’ve seen it was in Jest.

Test doubles, spies, and mocking, all sound intriguing, but what do they actually mean? Do I really need to spy on my code, or mock it? Let’s find out!

In the second part of this 5 part series about testing in JavaScript, we’re going to look at a few tools we can use and then write our very first unit tests.

In the very first article in this 5 part series about testing in JavaScript, we’re going to look at what testing really is and why we should do it. 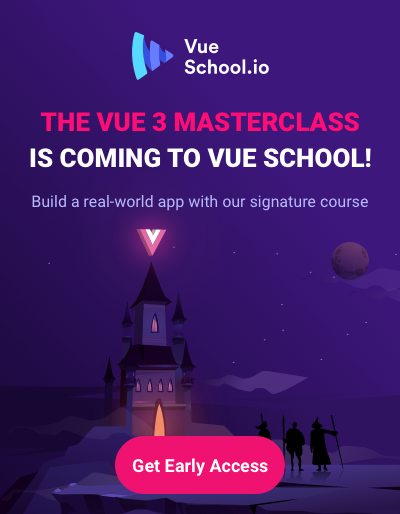